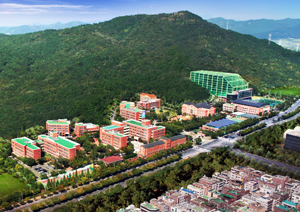 Keimyung University, a private university in South Korea, announced in a personal letter from the school president, received on October 31, that the university would award Kunihiko Ukifune, Chairperson of the Jikei Group of Colleges, an honorary doctorate. Keimyung University is highly regarded for its long-time contributions to educational exchange between Korean and Japanese institutions of higher education including its affiliated vocational colleges.

Dr. Ukifune has humbly accepted this honor from Keimyung University and will take part in the award ceremony in Daegu, South Korea to be held at the university’s auditorium on January 21. Dr. Ukifune will deliver a commemorative speech at the ceremony.

Keimyung University is the largest comprehensive university in the city of Daegu, with 19 departments, including a medical department, science departments, and humanities departments, as well as a graduate school and a vocational school, Keimyung College University, which has a partner school agreement with the Jikei Group.